After graduating from Columbia University in 2002, Ginger decided to travel extensively in Latin America to learn Spanish. She ended up in Argentina and has slowly made Buenos Aires her home.

“In part because I found a vibrant film scene that was especially women-­friendly; more so than Hollywood!”

Ginger is one of the few foreign-­born filmmakers who has worked their way up through the Argentine industry. She has made over 70 documentary shorts for companies and outlets as diverse as Pottery Barn, AirBnB and IFC.

Ginger has been an Assistant Director on many short films before editing her first documentary feature film Goals for Girls about slum­-girl football.

“When I met my husband – Producer and Director Gabriel Balanovsky – we decided to open up our own production company San Telmo Productions. This was in part because no­-one runs a set like he does! He’s tri­-lingual and my background from the US meant that we were the perfect team to help foreign production companies have a great shooting experience in Buenos Aires. I mainly deal with clients in pre-­production and work as an AD on shoots. When I’m not working with clients I’m directing documentaries.”

Buenos Aires is the Hollywood of South America, producing more than 100 films per year and almost 1,000 spots; the production facilities are top-notch.

Ginger and Gabriel have provided location and production services to crews from around the world, including the BBC, National Geographic, History Channel and HGTV.

Tell me about you region.

We cover all of Argentina, from the soaring mountains of Patagonia to the jungles near Iguazu falls, in addition to Uruguay and Chile. Argentina is the size of India with only 40 million people and the majority are of European ancestry (great casting is available).

Variety named Buenos Aires the best location double in the world – it can be New York City, Paris and London. The countryside offers location doubles for almost any natural location in the US and Europe (Grand Canyon, Alps, Napa Valley).

I think we’re known for our diverse natural locations, but there is also some really unusual architecture.

Buenos Aires is the Hollywood of South America, producing more than 100 films per year and almost 1,000 spots; the production facilities are top-­notch. Not only will you find great crews (especially in the photography department), but also a lot of creative talent, as Argentina is an exporter of television formats.

The film commissions are also extremely helpful and can secure discounts for scouting trips and hotels in some cases. 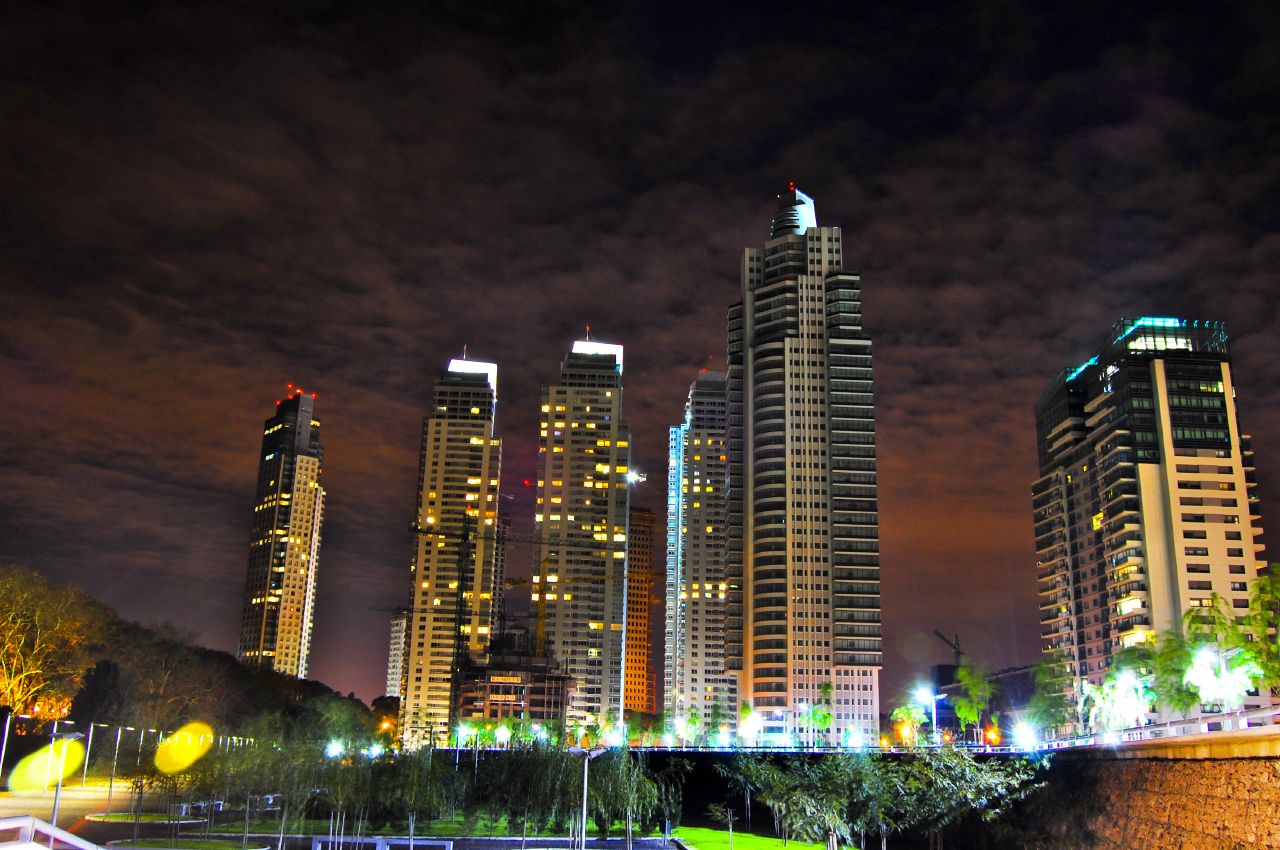 What locations are most commonly used by film and TV crews when they film here?

The majority of productions film in Buenos Aires city and the surrounding province (which features beaches, farmland and river deltas). The rich architectural history is often used to recreate locations from other parts of the world. Other popular destinations are Mendoza (Seven Years in Tibet was filmed there) because of the Andes mountains, constant sunshine and vineyards, and Patagonia (On the Road Again was filmed in Bariloche). Did I mention the penguins?

What are the more unusual locations?

I think we’re known for our diverse natural locations, but there is also some really unusual architecture. First there is the ‘Republico de los niños’, created by [former Argentine First Lady] Evita, which is a miniature theme park for children that inspired Disneyland. There is also a recreated medieval village – complete with a castle – which was built just for filming, called Campanópolis.

That, to me, sums up Argentina – great locations with great infrastructure and people who accommodate film crews.

There are no shortage of ‘haunted’ locations, including a ghost town partially submerged in water, abandoned mansions and cemeteries. The English left their mark on Argentina in the form of massive Victorian train stations, and the French in Barroque-­style cafes and palaces.

What has been your most difficult location assignment to date and why?

We had to scout locations that could pass for the Central American jungle and sea port, circa 1790, complete with colonial architecture and Indian tribes! It was for a German movie and we scouted for three days with the client in Misiones near the Iguazu falls (just named one of the seven natural wonders of the world). We finally found a farm that was on the river (perfect for recreating a sea port), had tobacco plantations and most importantly next door was an Indian tribe still living off the land. But the best part is that they had filmed there before and had roads and parking lots for grip trucks. That to me sums up Argentina – great locations with great infrastructure and people who accommodate film crews.

What types of production do you work on the most?

We mainly work with documentary and TV productions, and we are starting to offer complete services to film and commercial productions. We have great contacts in the local industry and want to start working on narrative projects.

We’ve worked on spots for AirBnB, Pottery Barn (in Bariloche) and TV content for National Geographic, History Channel, HGTV and the BBC.

Who hasn’t shot in Argentina? Right now Viggo Mortensen is shooting a film in the Tigre River Delta, Juliette Binoche is filming in the jungles of Misiones and last year Spanish Civil War­era Madrid was recreated in my very own hood, San Telmo for There Be Dragons, directed by Roland Joffé.

I’ll leave you with the words of James Ivory, who shot The City of Your Final Destination here: “Argentina has a long history of filmmaking, it has wonderful crews who are very experienced and hard­working, great locations and it’s relatively cheap to shoot there.”

Everyone comes to film in January to take advantage of the great weather in Buenos Aires (hot as hell but little rain). You can have more options if you come between September and November or March and May – it’s absolutely lovely and if you need to do factual content, no-­one is on vacation!

Everything is centered in Buenos Aires so plan on bringing equipment and crew out to the provinces. Medical services are top­notch (we’re actually a medical tourism destination). The best advice? The film world is small and very connections­based. Most rental houses will not rent to foreign companies – you will need a local company with connections (same for getting a film permit).

Film permits are easy to get and inexpensive unless filming in national parks.

I’d say the biggest problem we encounter is a lot of prejudice regarding working in a Latin American culture. Film crews here always show up on time ready to work and are capable of creative problem-solving. Due to the large number of publicity shoots, we’re used to very quick pre­production times. Crewing up down here can mean not only cost savings, but increasing quality (you can get the best Director of Photography for a fraction of what the best Hollywood DoP would cost).

Film permits are easy to get and inexpensive unless filming in national parks. They can take up to a month and in some locations can be very expensive.

Which are the best airports to use to film and who flies there?

This is an easy one! The only airport that accepts international flights is Ezeiza, located about a half-hour from Buenos Aries City. The biggest thing to keep in mind is that this is not a carnet country, so if you’re bringing equipment in on the plane work visas will need to be secured. It’s a pretty easy process and actually costs less than a tourist visa! Just give yourself ten days for the paperwork to clear (can be expedited in some cases) and a local production company will have to sponsor you.

We suggest renting as much equipment as possible on site, but if equipment must be brought in there are many reliable brokers.

What are the most film­crew­friendly hotels and where is your favourite wrap party venue?

Almost any hotel is film­friendly here – people in general respect filmmakers and treat them as artists. For a lower­budget option we recommend Dazzler Suites (a national chain) and if you are looking for luxury Buenos Aires features the Four Seasons, Sheraton and a number of boutique hotels.

But the best way to combine luxury with cost savings? Short­term apartment rental! From one­room studios to luxurious mansions, they have concierge service and cost a fraction of the price of a hotel.

There are too many great venues to choose from for wrap parties, but the traditional way is to have an asado, or barbeque, which can be completely catered.

What do you do with your time off and what would you recommend crew and cast do to have fun and relax?

Only New York City can beat Buenos Aires in theatrical and music offerings, and Buenos Aires beats about any city in the world if you want to go out dancing late­night (clubs here get going at 2am). I myself like to sit for hours in a café reading and walking in the nature reserve near San Telmo. You’re surrounded by wilderness but you can still see the skyline.